The Yoga Studio is a small, friendly studio which opened it's doors in January 2009, ideally situated close to the town centre, and is dedicated to Iyengar yoga. The studio provides a comfortable and unassuming safe environment where students of all ages and abilities are welcome. Practising yoga helps you overcome and prevent many stresses, strains, aches and pains. It promotes a firm foundation for health and well-being.
Yoga is one of the oldest systems of personal development in the world. This system of balancing the body, mind and spirit was formulated by ancient yogis, who understood man's essential nature and realised a way to utilise all of man's inner resources to live in harmony with himself and the environment. Students learn through a carefully graded and systematic programme of asana (posture). Pranayama (breath control) is gradually introduced once students have a firm foundation of yoga practise. Yoga practise both relaxes and energizes the body and mind and brings vitality, flexibility, strength, concentration, self-confidence and mental calm. Yoga is suitable for all types of people and all levels of fitness. 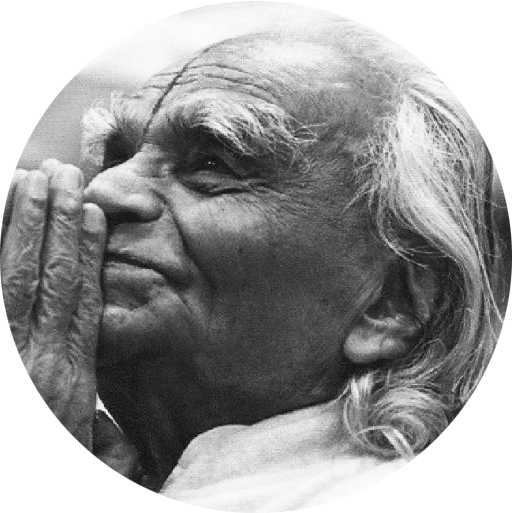 The world's most widely practised method of yoga is that taught by Yogacharya Sri B.K.S. Iyengar (India 1918-2014). He has studied and practised Yoga continuously for over 70 years.

Iyengar's thorough study, understanding and mastery of yoga are unrivalled in modern times. Having taught in all five continents, he has won worldwide respect and recognition for his achievements and has made yoga accessible and relevant to people everywhere, no matter what their physical or mental ability. Saskia was born in Holland in 1963. Having spent 22 years abroad (New Zealand and Indonesia), she now lives in Breda with her family since april 2008. Saskia has been practising yoga intensively for the past 25 years, and holds a Junior Intermediate III certificate.
To deepen her knowledge of yoga she studied at the famous Ramamani Iyengar Memorial Yoga Institute (RIMYI) in Pune, India. The last visit was during the whole month of December 2015.
She has followed numerous workshops from globally acclaimed teachers linked to the RIMYI both in Holland and abroad.
In November 2005 she was very fortunate to have been able to attend a 5 days workshop with B.K.S. Iyengar himself in Colorado/USA. 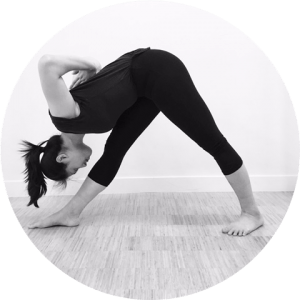 Joelle’s first yoga intention was to become flexible in Shanghai in 2004. Thanks to Iyengar yoga she learns to penetrate the different layers of the body and becomes more aware of herself at the physical, mental and spiritual level. She strongly believes that yoga can contribute to anyone’s well being. And she is eager to share her knowledge, experience and insights with others. Joelle is a certified Iyengar teacher level intro I& II, she regularly follows (inter)national workshops. 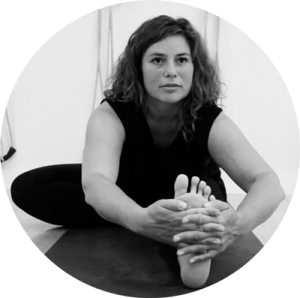 Since her childhood Noemi has practised yoga. Early morning you would find her doing Sun Salutations with her mother. Now, years later, she is doing just that with her 3 daughters. She loves to introduce more children to yoga.
Noemi is a certified children’s yoga teacher.

We work with standingposes, forewardbends, backbends, shoulderstand, headstand and other inversions. Holding poses a bit longer, working with more detail.

This class is suited for both beginners and more experienced students.  Through restorative poses we work to relax and renew the energie bringing awareness to the breath.  We will move through various guided breathing exercises to help in deepening the breath, relaxation and stress relief.

Playfully introducing children at a young age to yoga and the filosofie.

In this class we ease more into the poses at a slower pace.
You don’t need to be over 60 🙂

For the early practitioner

Welcome to all levels.

Self-practise is een important part of yoga. Saturday- and Sundaymorning the studio is available to practise for yourself amongst others. There are plenty of books and plates to inspire you!

Before the lesson starts

Pay by PIN is possible in the studio. Student discount 25%. Terms & Conditions

Agreement the agreemen becomes valid when the application form has been submitted to Yogastudio Breda. Payment The tuitonfees are paid in the first week of your membership options of 13 weeks, 26 weeks  or 52 weeks. In case of non-payment, a written reminder will be issued. If the deadline for payment is not respected, the student will be held accountability for unpaid tuition fees and any costs involved to collect tuition fees. Yogastudio Breda has the right to raise prices on a yearly bases. Holidays Yogastudio Breda is open all year exept for July and August (summerschedule) 2 weeks over Christmas and New Year (last week December/first week January), Good Friday, Carnaval, 2 days over Easter, Kingsbirthday, Ascention day. Missed classes If you have missed classes due to holidays, illness or other reasons they still have to be paid. You can make up for the missed classes. Which means following extra classes in the term of your option of membership. Termination of the agreement Cancellation of the agreement has to be submitted in writing. You should observe 1 month before cancellation. If you cancel without writen notification, tuition fees will continue.  Responsibility Eventhough great care is taken, the yogastudio is not responsible for any physical harm or material losses